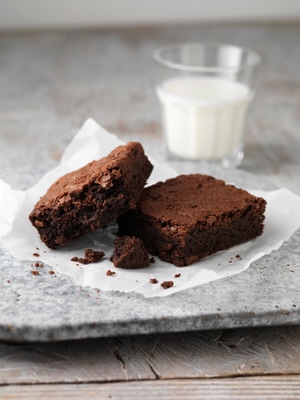 We admit, perfecting the recipe for this ridiculously fine brownie became an obsession for us. Who knew there could be so many subtle variations in texture, sweetness and chocolaty goodness? After much debate, we're confident this is the one. With a chewy, fudgy texture and Fairtrade chocolate chunks, it’s absolutely, positively, the best brownie you can imagine.

DID YOU KNOW
The brownie debuted at the Chicago World’s Fair in 1893, the result of a request for a dessert that could fit nicely into boxed lunches.

Nutrition information is calculated with data provided by the suppliers who manufacture food and beverage items for Starbucks Coffee Company. Variations may exist due to periodic changes in formulations.